This is the only photo Google comes up with when searching for "LN-MAV". It´s taken in
Leicester (EGBG) 5th July 1980 by Dave Mangham. As a curiosity, I turned 8 years old the next day after this picture was taken... The previous owner (Eidar) has an old newspaper clip of this aircraft flying Norway´s prime minister Mr. Borten to his hunting lodge in the norwegian mountains. So even if I don´t find any records of WWII missions, at least it´s been a "VIP plane" for the norwegian government in the late sixties. :-) I´ll try to get a scanned copy of that article. 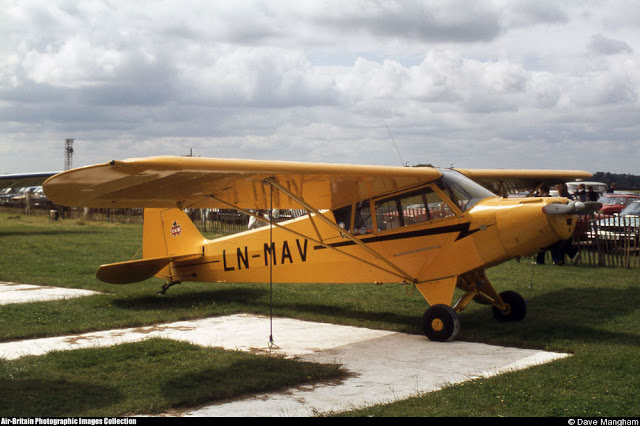 Posted by Per Anders Johnsen at 10:06 PM