After engine warmup once again, it was time to start preparing for the x-ray corrosion check. It feels terribly wrong to put a sharp knife against aircraft fabric... at least if you´ve never done it before. I invited a good friend, Knut, who is a qualified glider technician. He was keen as anyone on removing cover! If I had´nt stopped him ti would only be a skeleton left.

We started making a long split under the fuselage. By gently using the hands, the fabric came off easily from the bottom tubes. It´s hard to tell, as little experience as I have, but I thought the tubes looked remarkably "fresh" considering it´s more than 30 years since they last had sunshine. With some luck, Maverick is off for x-ray by the military F-16 maintenance facilities this week. Will bring over the wing struts too for x-ray once they´re at it. Will be very exciting to see the result. Heaven or hell. :-) 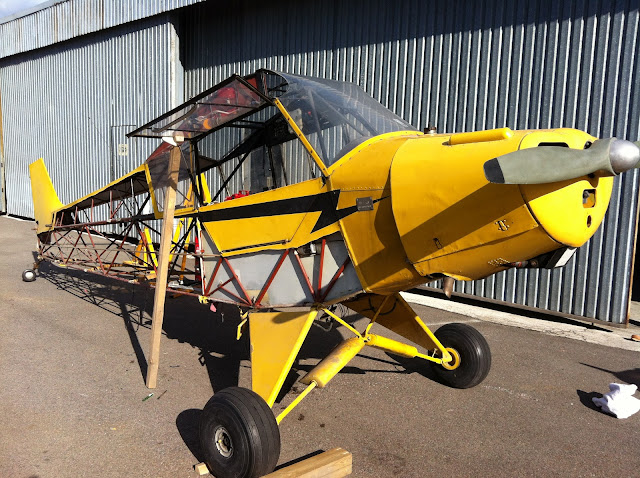 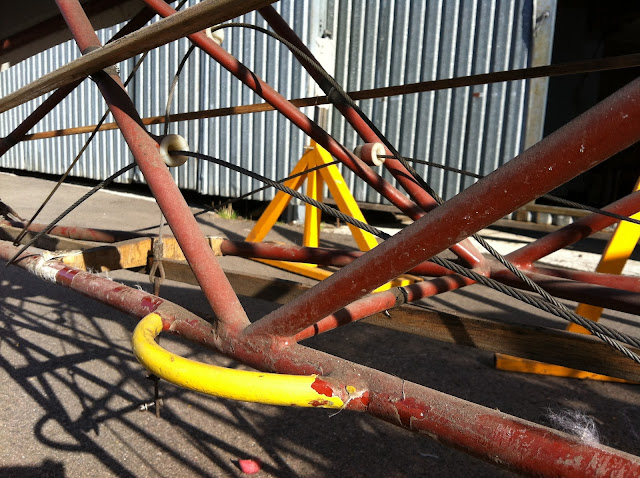 Posted by Per Anders Johnsen at 8:37 PM