LN-MAV "Maverick" was a modified L-4, resembling a PA-11. That was very common for the ex-military L-4's that came to Norway as US Army surplus material. It was mainly the birdcage and engine cowlings that was modified, so building a birdcage was a lot of work. However, with strips of 1 mm aluminum and a cheap plate bender tool, we managed to do a great job! Just picked up the strips from etch-priming and OD painting a few days ago. Also, the BC-659 radiobox has undergone sandblasting and repainting. The radio was not painted in the same OD as used on L-4's but a darker and more green variant.

Important to drill the holes in the glass larger to avoid cracks. All screw heads was primed and sprayed OD and locknuts was used, with a red plastic which looks more antique than the blank ones. Underneath the strips we sticked a window-sealant foam in order to keep water out. Don't know how well that will perform, but it looks very good from the inside and it was less "messy" than using silicon/Tec-7 etc.

We decided to split the aftmost windows so they can be taken off in order to access the avionics in the aft fuselage such as ELT and antennas.

The US Airforce Insignia star's are also produced and ready. They are made from high quality film of the same type as used on company-ads on cars etc. However, we need higher temperatures to mount those. We're missing only two cross-strips on top before the entire birdcage is done. A huge step forward.

Next up: waiting for a 30" Recording tachometer cable from Univair. When this arrives we can complete the instrument panel mounting. Then the exhaust pipes will be needed to complete the engine installation and it can be started soon... 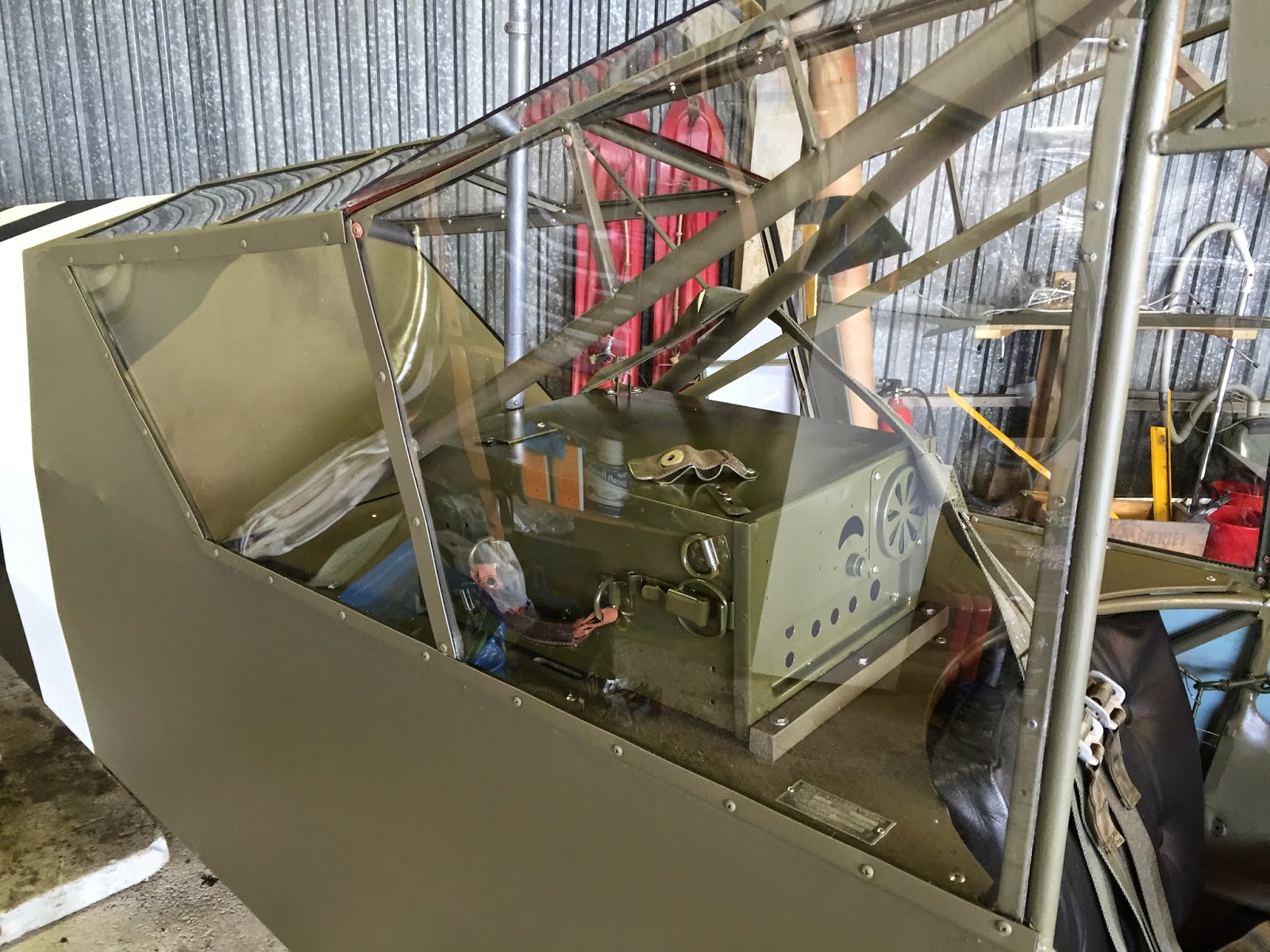 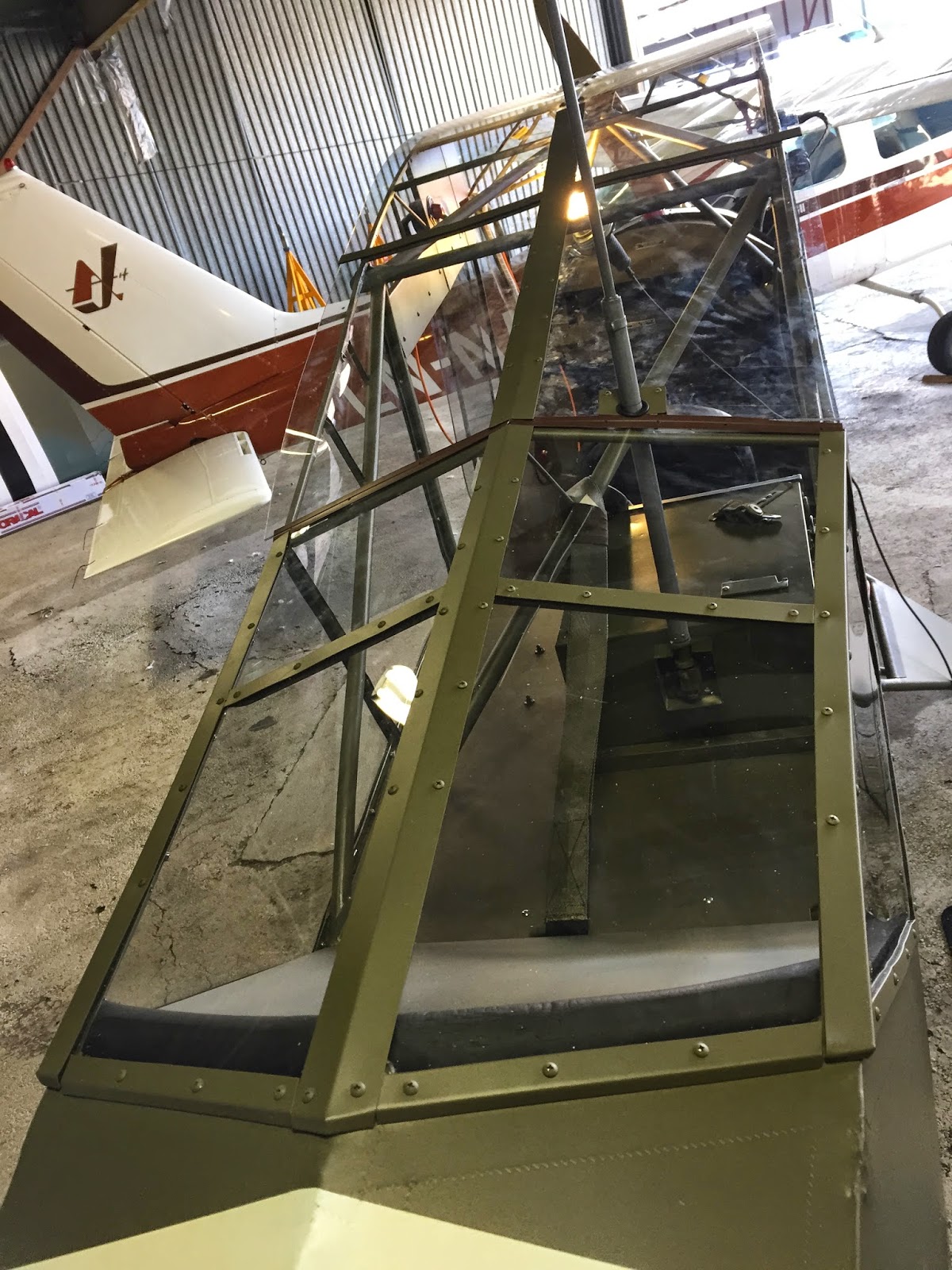 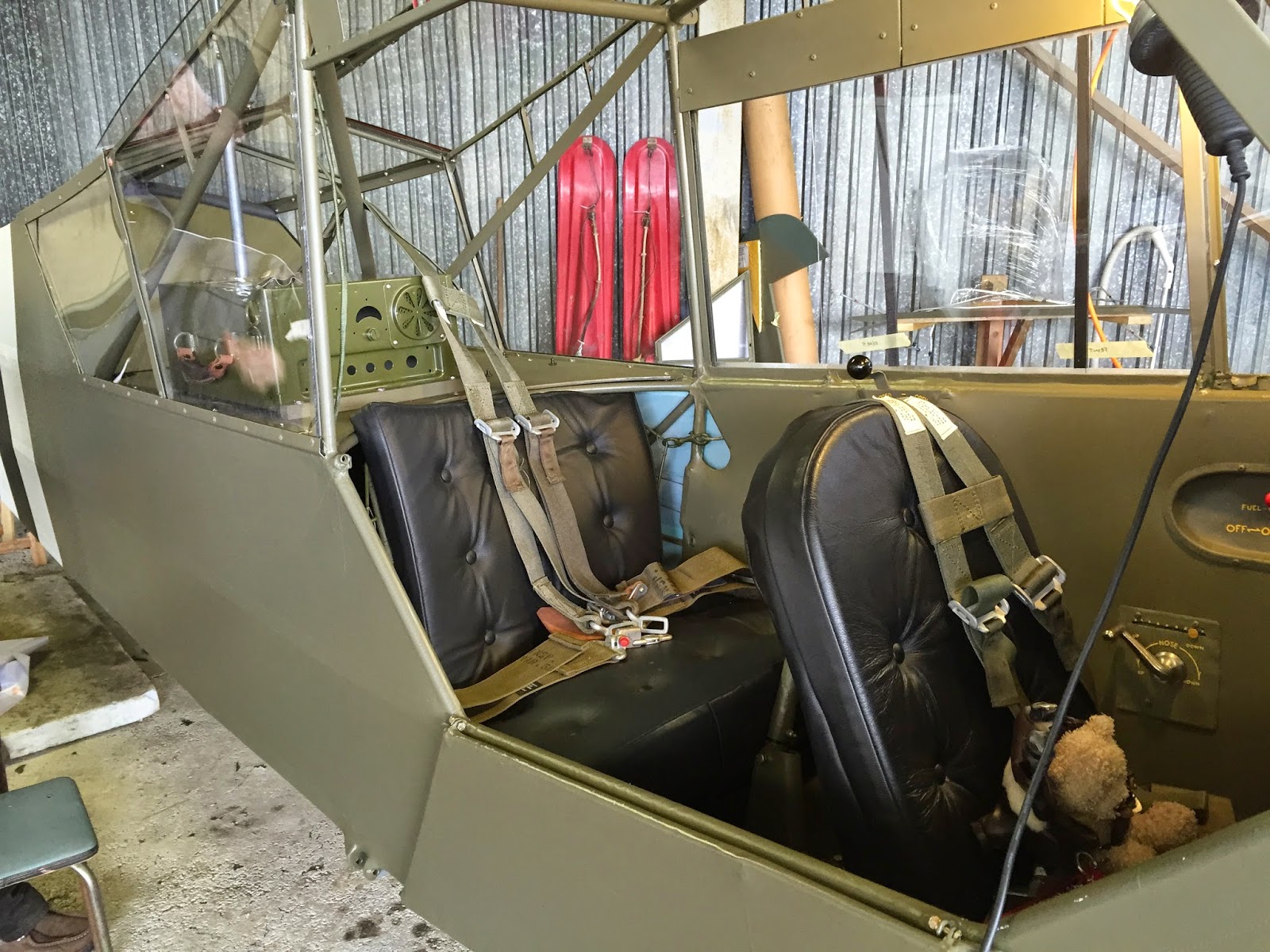 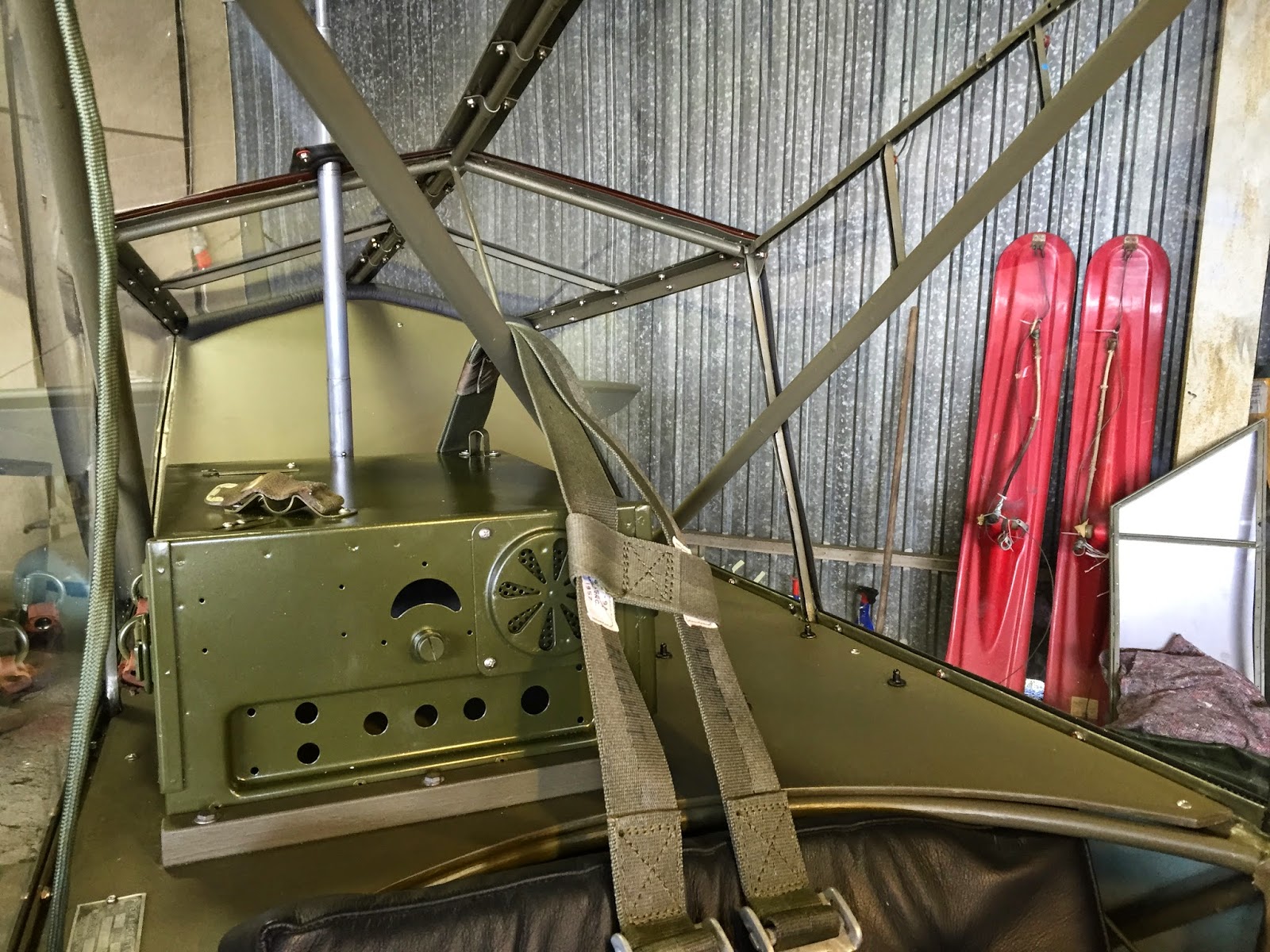 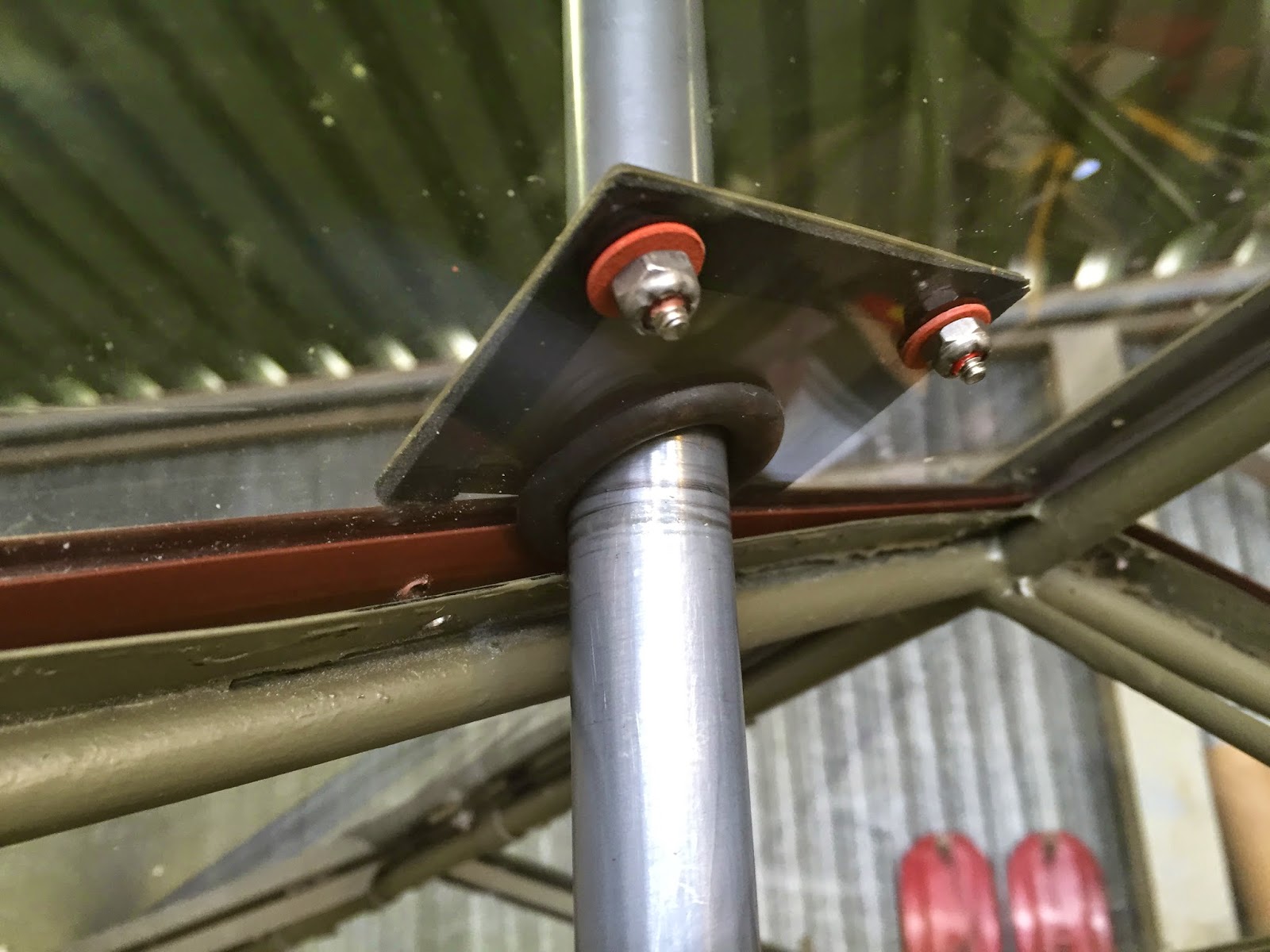 Posted by Per Anders Johnsen at 10:11 PM