"OD". Olive Drab. The US military green camouflage color. Apparently, it's not easy to say: "This is Olive Drab green". First of all, US Army changed the standard OD several times. It really depends on which year your OD was painted. Then there were differences in batches of color. In the field, they most likely used whatever mix they had... And I guess there is no easy way to mix OD based on the old color-definitions in todays system.

Luckily we have enthusiasts who gladely spends months and even years investigating this type of details. Steve, running L-4 owners page on Facebook and Paul Smith are amongst those brave men. The rest of us can just sit back and wait for their decision: What is the correct OD color? They did not have an easy job. Most pictures from the time is B/W. The few color images are faded, and so are most samples of fabric or cowlings still with original color.

Talk about timing! As I was just starting to think about OD, the L-4 owners Facebook page was full of results from Steve's experimenting with OD. By the time I needed a color card, Steve had just produced 12 sample color cards of:
- No 613 Olive Drab
- No 612 Medium Green (for camo pattern around the wings and tail)
- No 603 Sea Gray (under wings/fuselage)
- No 614 Orange Yellow (for tail Serial Number)

Getting my hands on a set of those color cards saved me a lot of time. So, how to get my hands on some paint ? I went to see a local car painter. His laser-scanner only came up with a 90% match and he was not even willing to try and mix it "by hand". So much for "specialists". Turns out that a small car parts warehouse in Lillestrøm (BilXtra) got a 100% match with a german Autocoat BT MM Mercedes Benz Truck paint (DBT6844). I'm putting german paint on an aircraft that was built to neutralize german military 70 years ago! How about that! :-)

I decided to treat the fuselage tubes with a coat of this paint on top of the old Hansa Primer. Just to give it an additional coat. The real find of the day was when I discovered that the inside of one wing pulley fairing cup still had OD! And there is no other paint or primer under it, so I'm thinking this is the original from 1944. I think it matches Steve's color sample card damn fantastic, well done Steve! Some photos below. 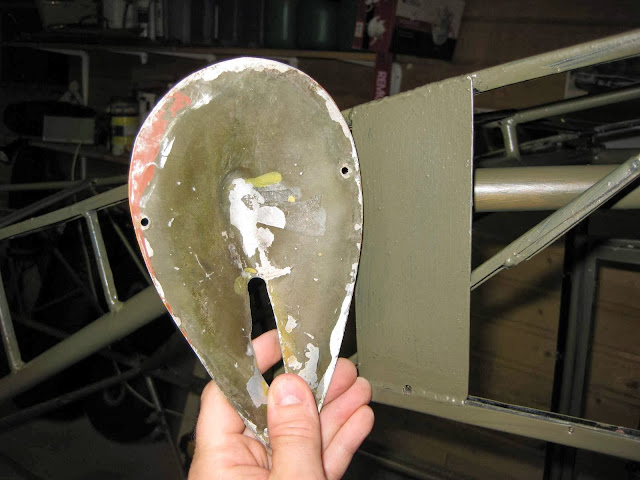 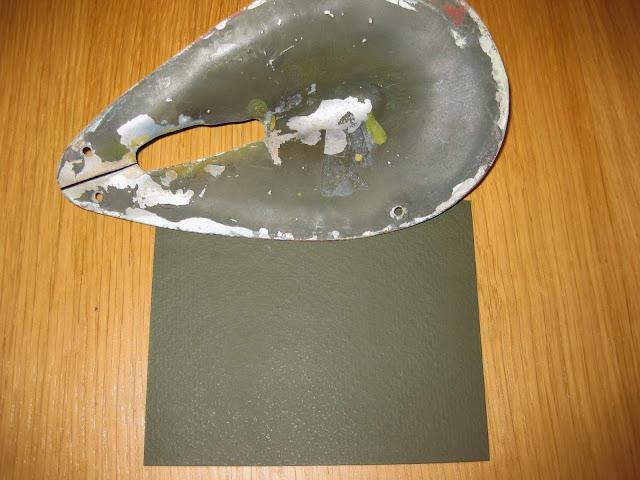 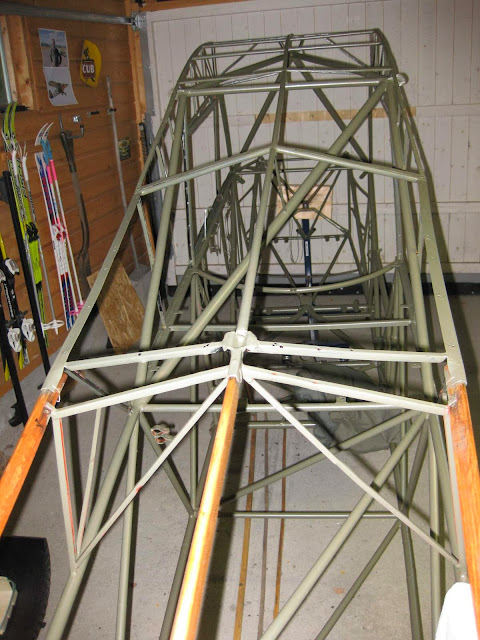 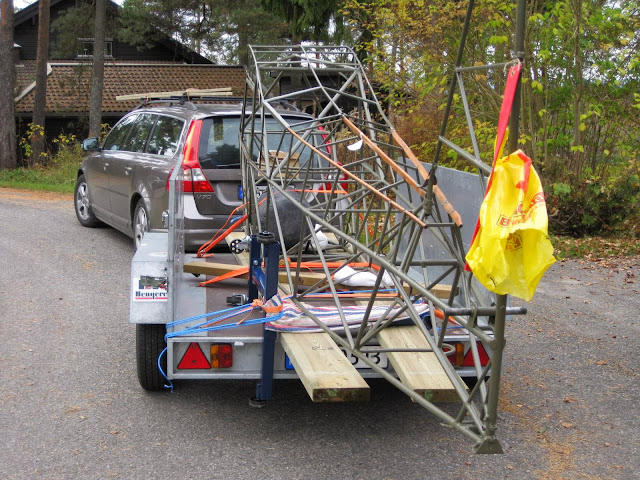 The fuselage on it's way from my garage to the hangar at Kjeller airport (ENKJ). Will bring it back early spring, hopefully in March. Having it in my garage is the only way to get steady progress.

Posted by Per Anders Johnsen at 11:23 PM