They have been there all along. Well, I exchanged the original MAV gearlegs with the second L-4 I had (LN-RAK). I did not notice anything strange about them - they were restored, painted and hang on the wall. I simply repainted them gray and OD and it was only when we mounted them on the fuselage that I noticed "something" was wrong... could not really put my finger on it, but this was somewhat strange. Walked over to the other L-4 at Kjeller airport (LN-SAI) and compared. Ahhh! MODIFIED gear-legs! Damn!! If I had known I would have kept the ones from MAV originally and sandblasted them.. Anyway, this was a modification done to many J3's on floats. It makes a great step for refuelling and entering the Cub. So we simply glued a strip of black leather to protect the ceconite. With all other modifications to this one, especially birdcage, this is really a minor one. 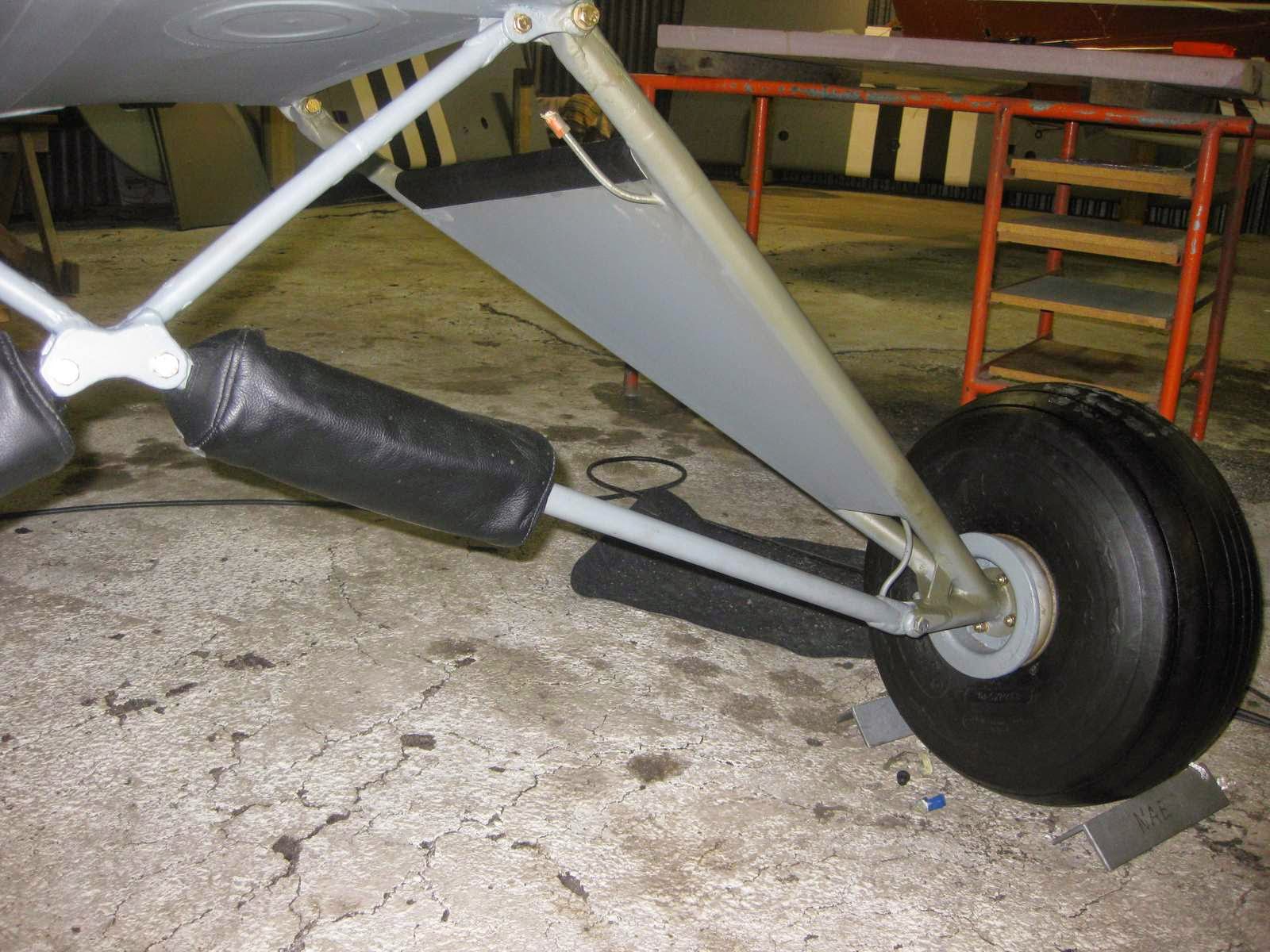 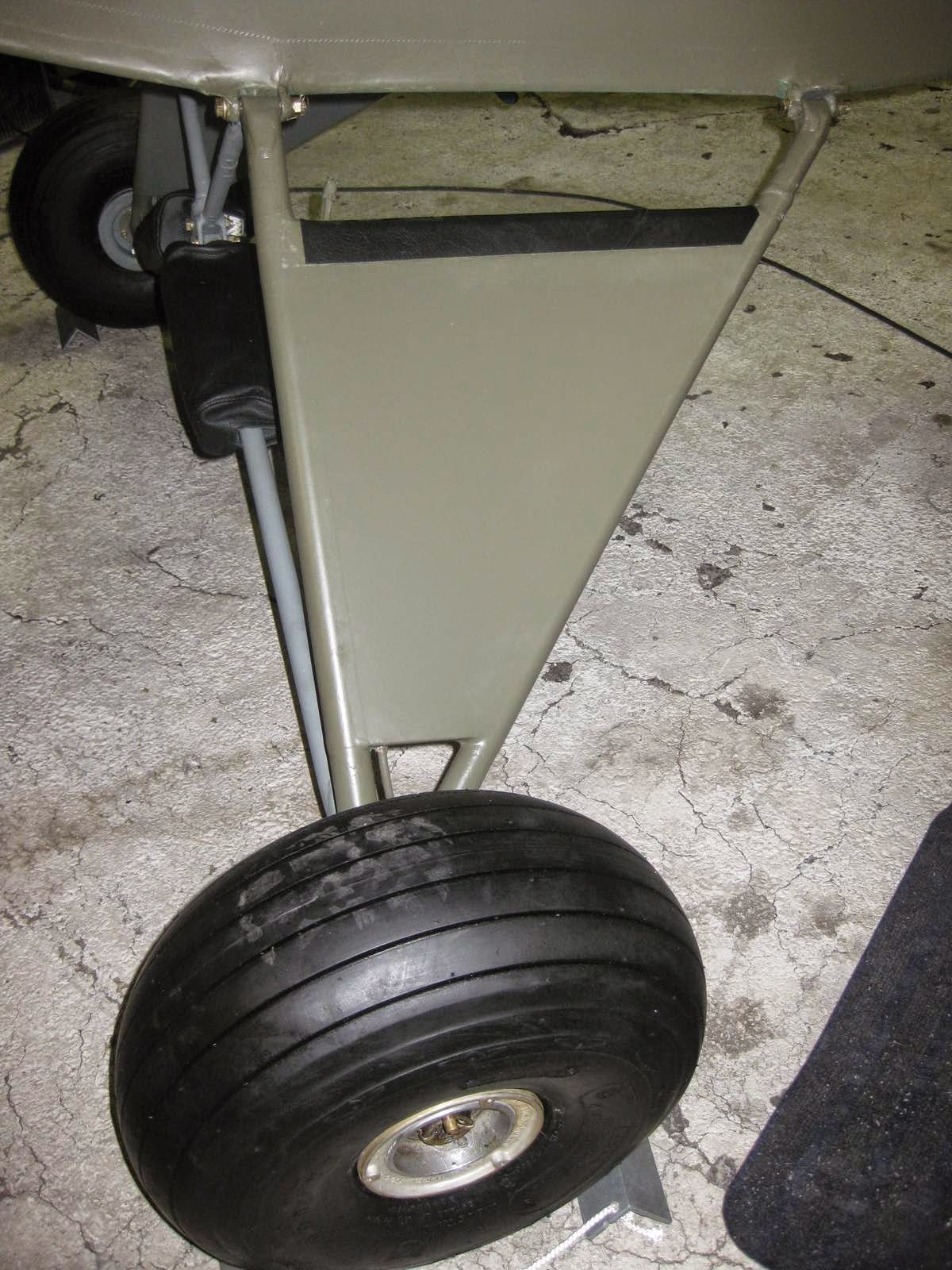 Posted by Per Anders Johnsen at 11:31 PM