What a difference! After almost 3 years I have been restoring an airplane which (most of the time) has looked like a pile of tubes and junk. Tonight the wings came on and it suddenly looks like an aircraft again! And it's so quick too!! 3 people, 8 screwdrivers and 30 minutes! :-) Truly a great moment and a major milestone for the project. Thanks again to my cousin Sander and also to Kåre from Aeromech for great help.

Biggest surprise tonight: a Cub can easily carry only one wing without falling over.
Biggest mistake tonight: turns out we had pulled through the wrong type of control wire. There is one wire going inside the wing, and the other wire going along the wing strut. Neither one matched the original part number, so we had to make an assumption on which to use in the wing. Murphy won again. At first I thought it would be better to take the wings off again, cause pulling those cables through was difficult enough with wings off. But Techinal chief Sander did a great job changing those cables once again. THANKS!! Missing some minor parts (wrong size) like the rear strut clamps (had other Piper ones, probably to later Cub models) which did not fit. Or "fitsn't" as we say.

Next up: exhaust system and upper cowling modifications. Hoping for engine start before the end of April! 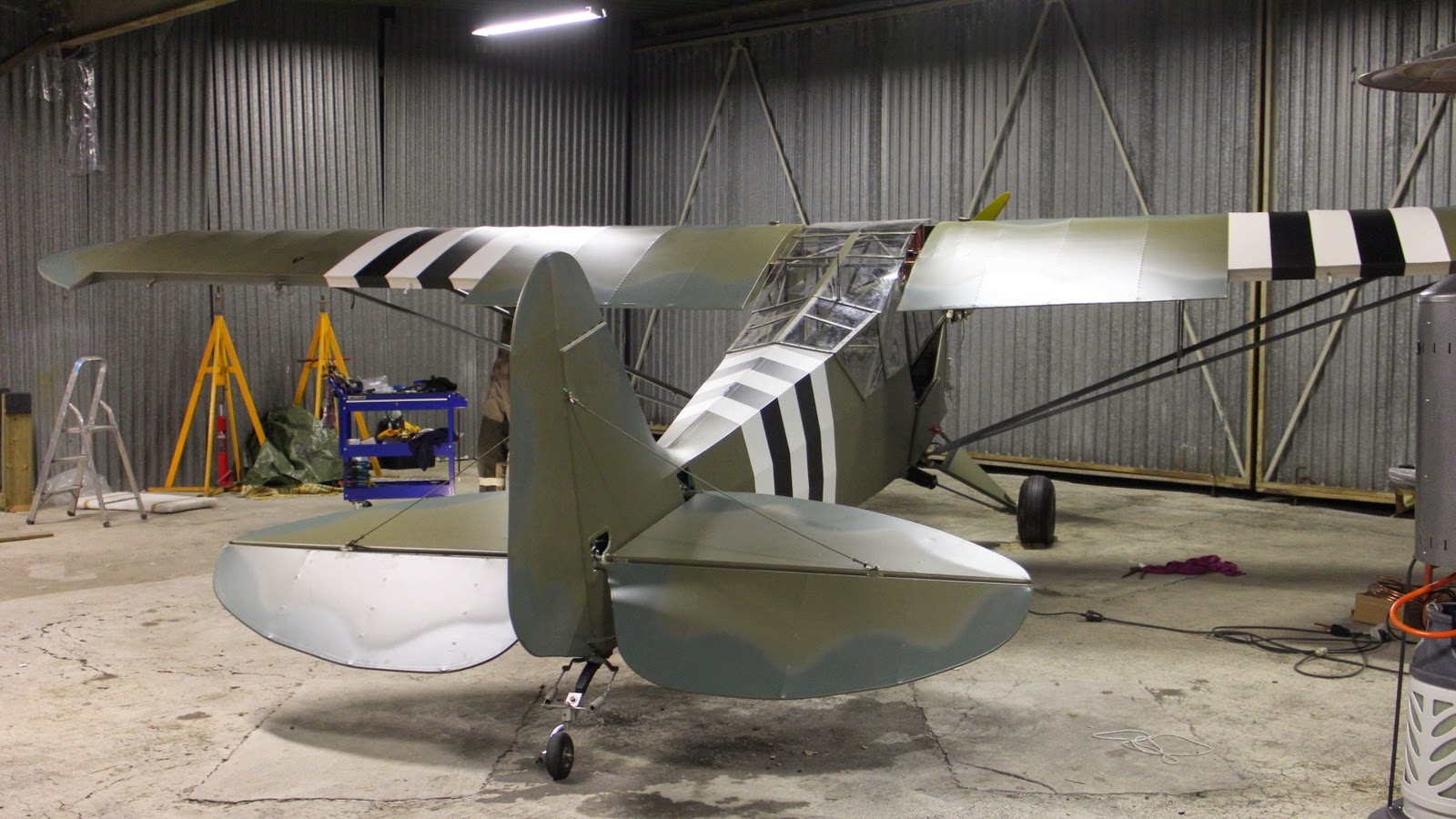 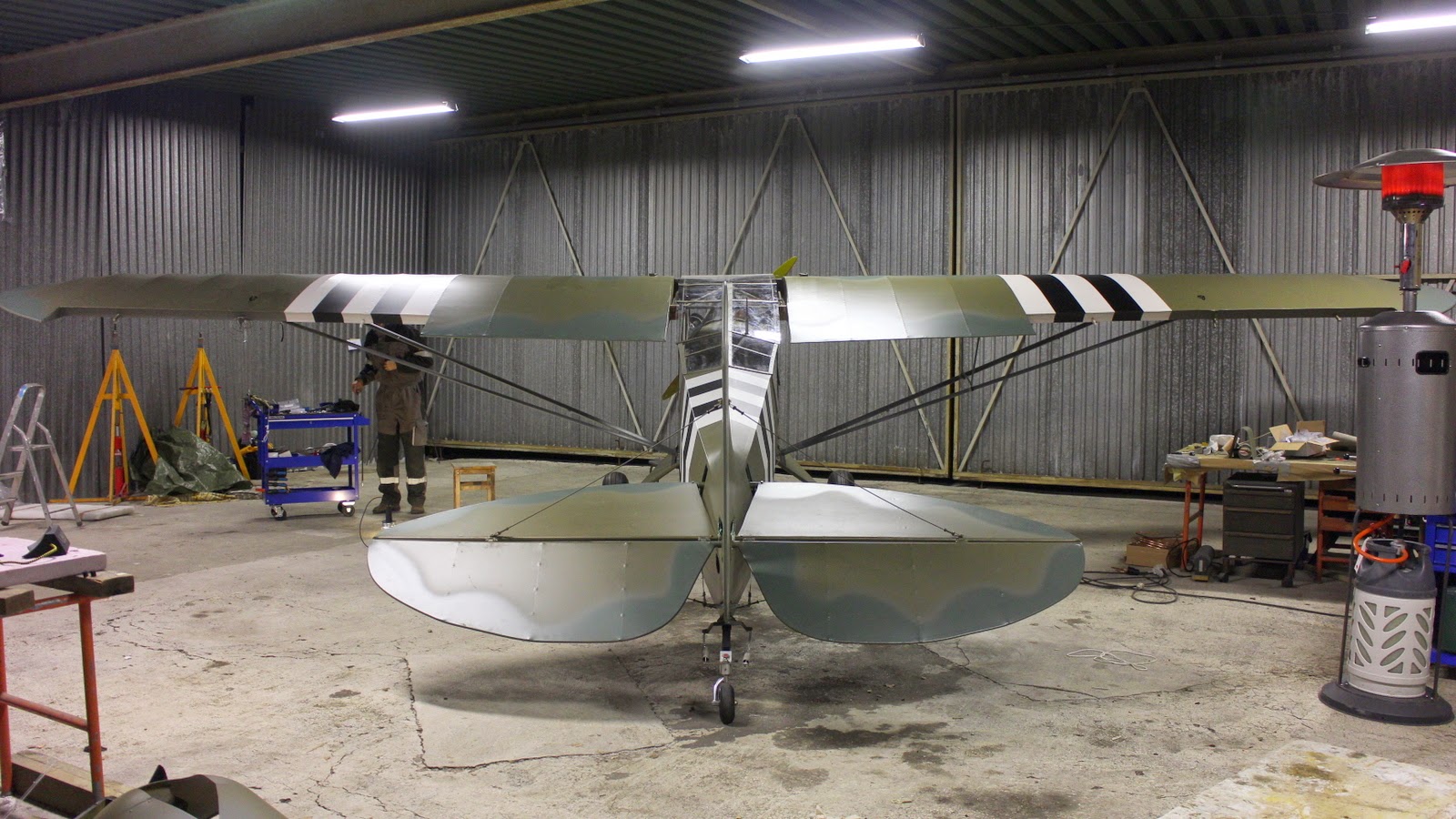 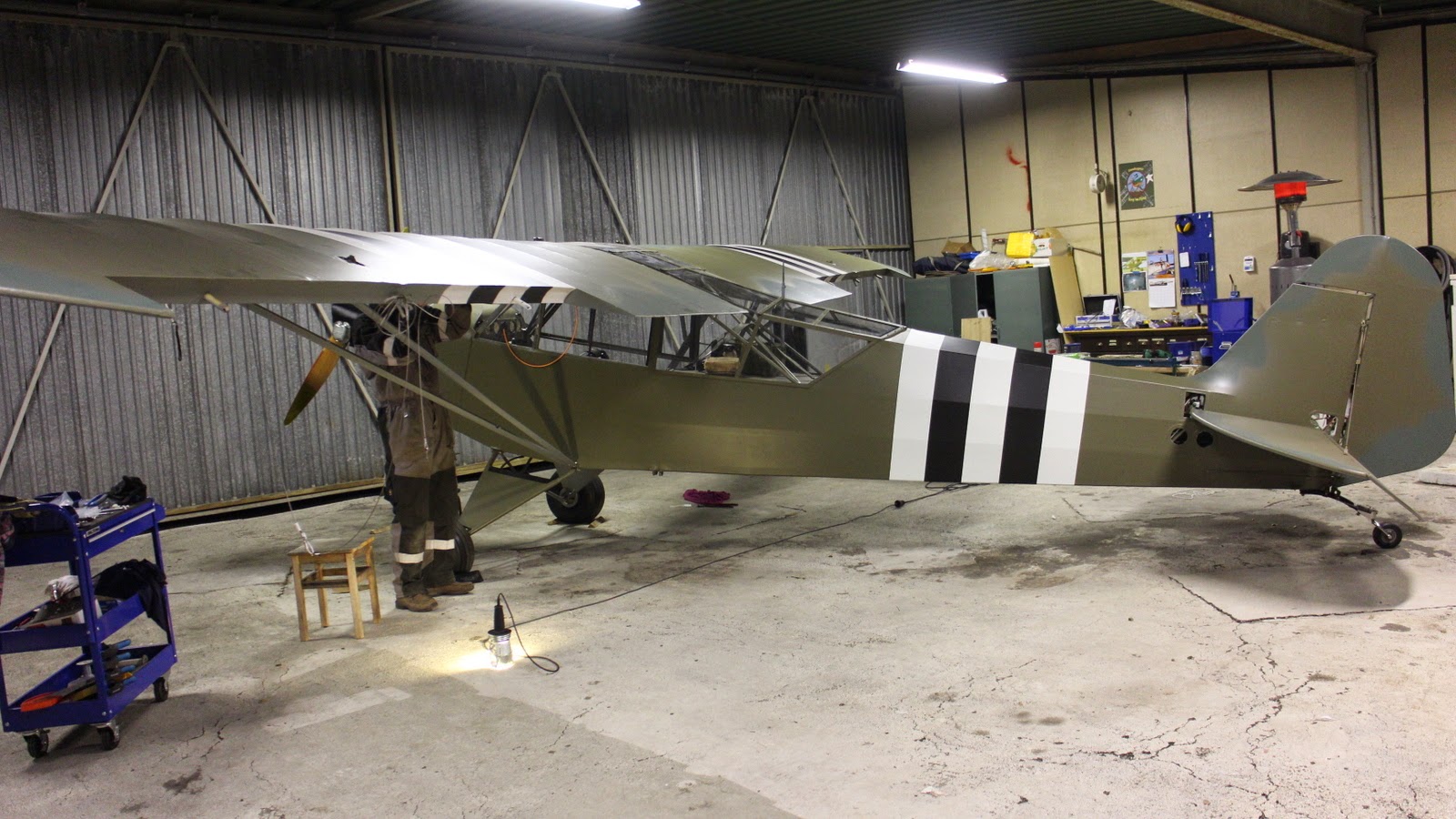 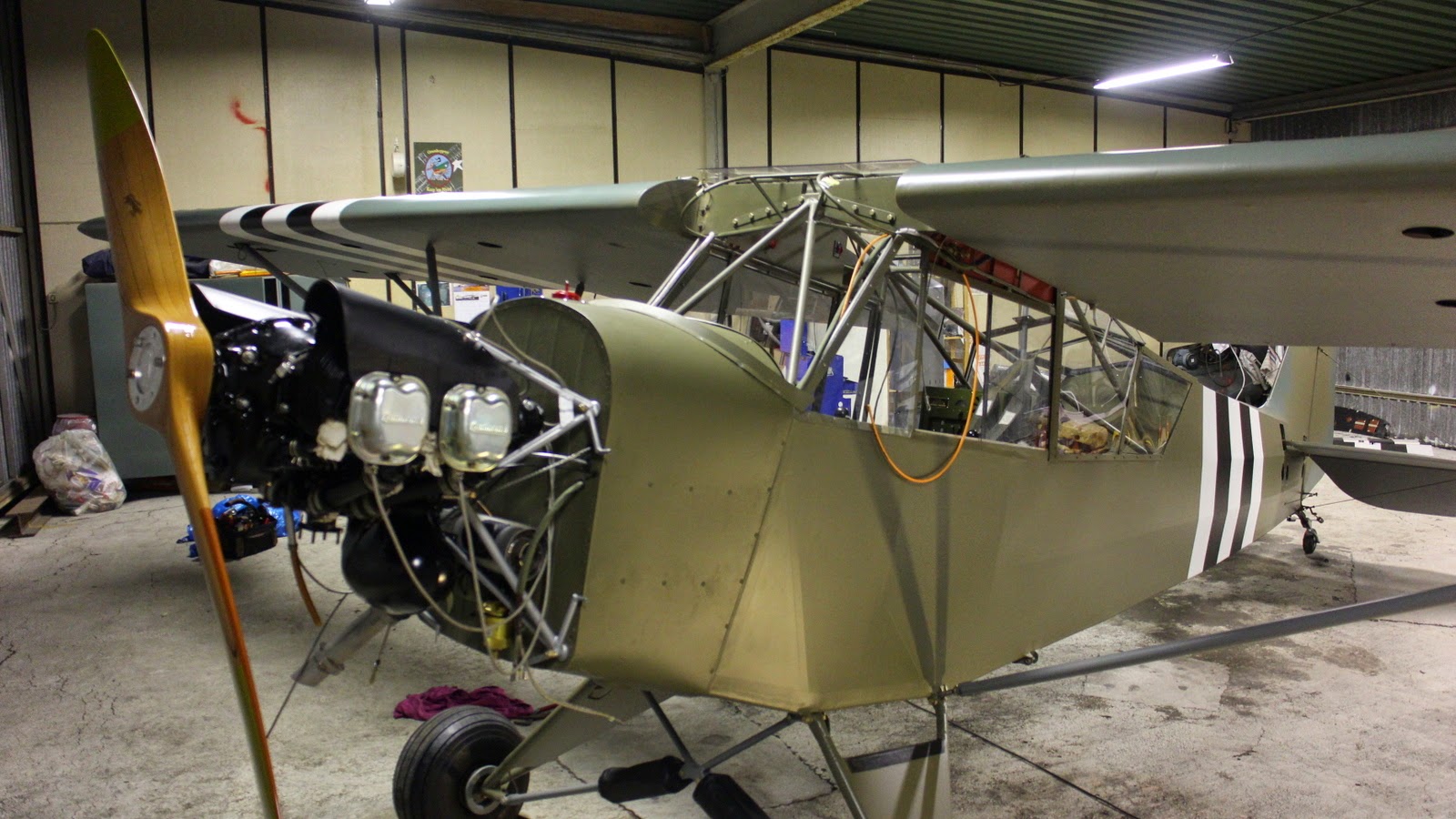 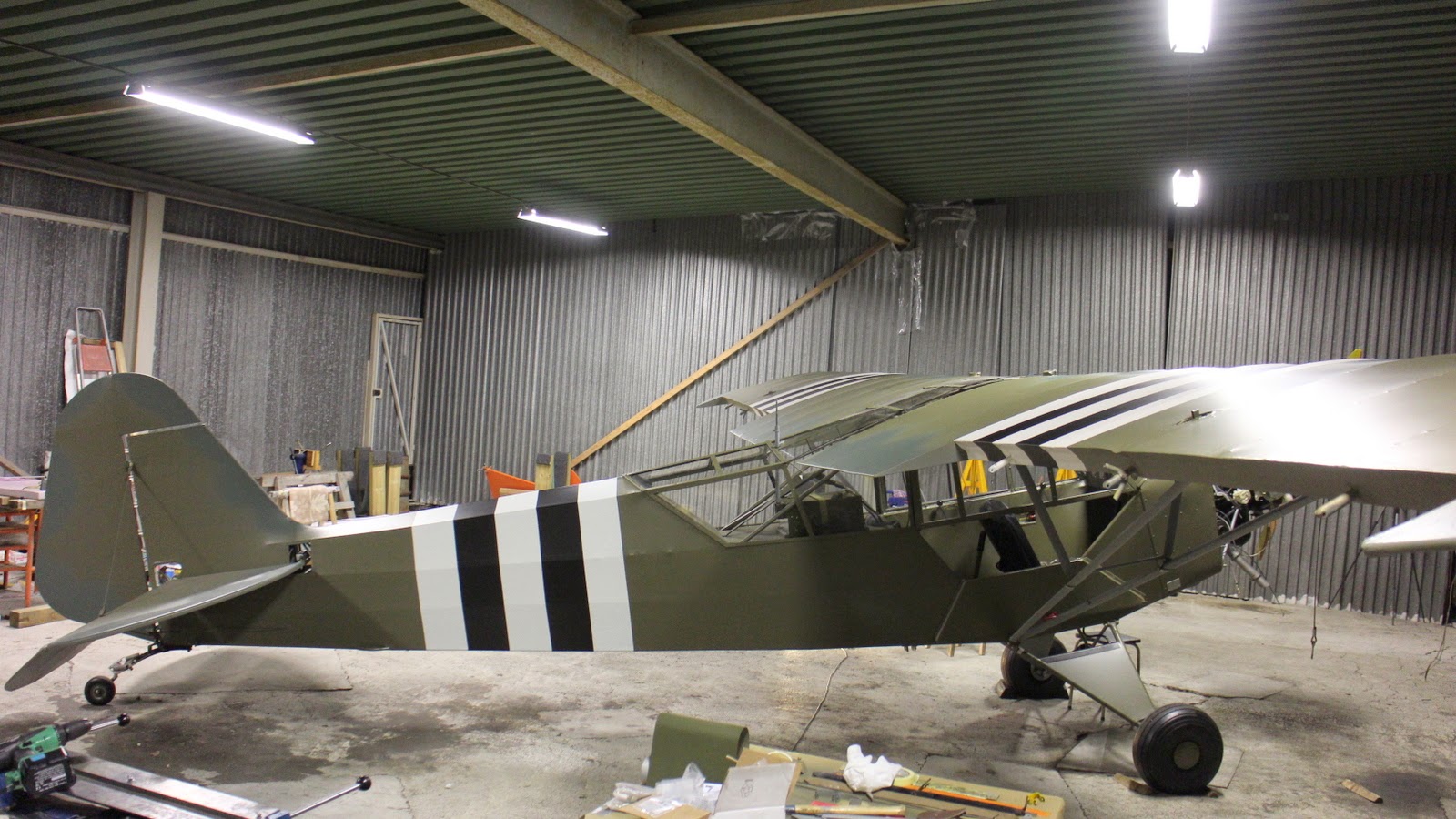 Posted by Per Anders Johnsen at 12:00 AM