For quite a while we have had Kjeller Airshow 31 May as our deadline. We almost made it! At least the plane appeared as ready to fly, though still missing a very few parts here and there.

As a big surprice, my good L-4 friend Bart came up from Germany to help out. Roald Olsen from Fauske came down to paint Martha Vickers on the nose. I must say, even though very busy, those last few days/nights of work was so much fun and rewarding to see the final details falling into place. A big thanks to Sander (as usual!) as well as Roald and Bart. I will never forget this great few days on the final runup towards the "official rollout" at the airshow.

Friday afternoon: Roald and Bart arrives.. Roald starts with his noseart templates after I have sprayed on the oil-spec stencil. BTW, applying some light layer of spray glue when attaching the stencils was a good technique. Bart / Sander continues with all sorts of work, mechanical and stencils, while I cut out the large stencils for the serial number and callsign LN-MAV for the tail. Late night...

Saturday: We all worked like dogs form the morning. Temperatures were too low for paint, had to use the gass heater... There were quite a few visitors at the airport because there was announced an airshow also on saturday, but due to heavy rain and low ceiling, only a few planes flew - off course an L-4 made a spectacular show in those conditions! :-) We decided to work with open hangar doors and I think a lot of people enjoyed watching us put the final touch on the Maverick (or perhaps they just enjoyed roof above their heads in the heavy rain...). Anyway, we set out to finish all our work at 8 PM because then a hangar party was announced at the Tiger Moth hangar. 8:05 we pronounced the aircraft as FINISHED!!!! Then we sat down for a well deserved beer in the Tiger Moth hangar and as we came half way down the first bottle, a P-51 Mustang roared by and flew a "private show" for the few people there. What a rewarding finish!!!

Sunday morning we washed lightly over the surfaces... because some parts were not completely dry due to low temps.. And we rolled out the Maverick and placed her next to a Willies Jeep on the corner of our hangar. A big thanks to Tom Øyvind Hansen for bringing the Willies Jeep and he also came with a gift: a US Army Air Force Navigation folder to carry maps etc. A real vintage looking piece - THANK YOU!! :-)

I will let the picture speak for themselves. We are now basically waiting for a carburator. Then weight and balance and finally all logs to be completed as well as EAA/CAA paperwork. I am hoping for a permit to fly by the end of June. 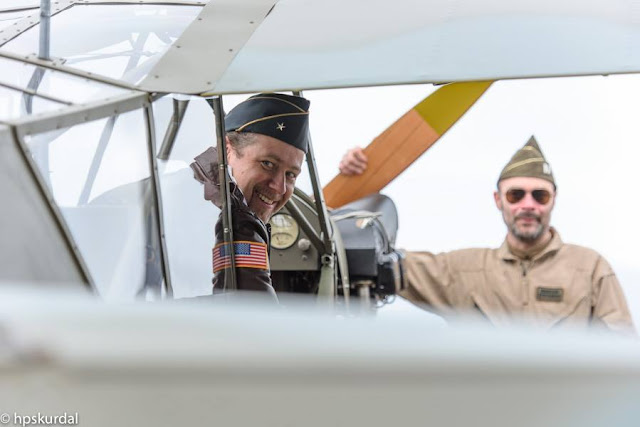 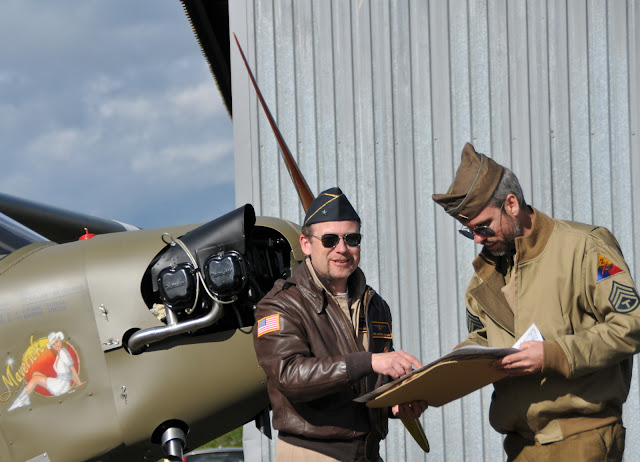 Posted by Per Anders Johnsen at 11:46 AM